Planning for the 2016 garden has begun. This year will be a little complicated because we’re planning to move this summer once we buy a house somewhere in Northern VA. Since the exact dates are still unknown, I started seedlings a little early this year so that the main crops would be ready in June to July.

First step: Off to Lowe’s for some potting soil, Jiffy pots and other supplies. I went with Jiffy pots for seedlings this year so I can just plant the whole pot in the ground.

Then, the first batch of corn, cucumbers, green beans and beets got planted. 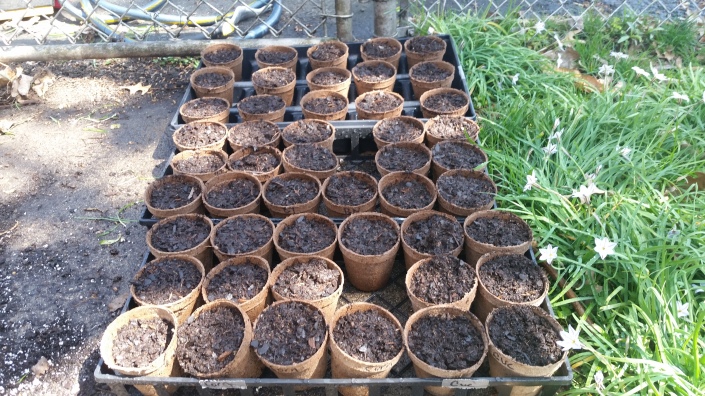 The seedlings stayed outside for a few days, but then an unfortunate cold snap came, and everything got moved into the guest room. The cold delayed the seedlings from sprouting, but around 2 weeks after planting, it began! 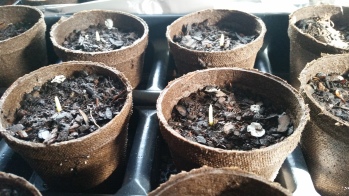 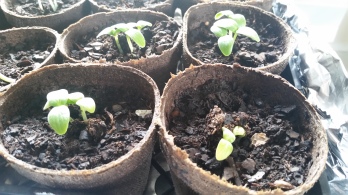 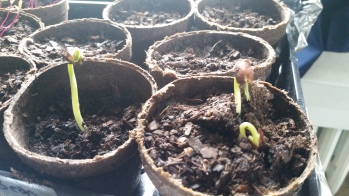 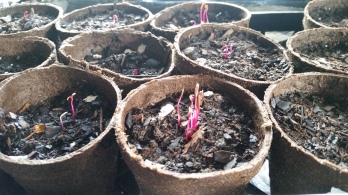 The corn seedlings had a 100% germination rate again. Cucumbers and beans closer to 80%, beets were at 100%. Overall within expected results.

Corn grows fast, within a few days of sprouting they were 6 inches tall, and they’re still growing fast.

Next Step: Getting the plants into the actual garden!

This entry was posted in gardening, Uncategorized.